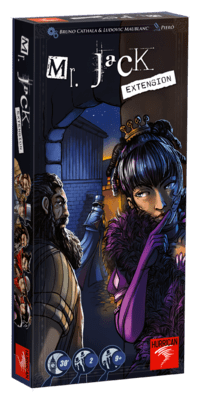 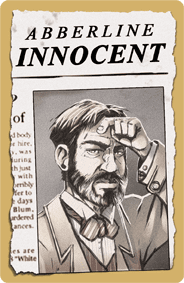 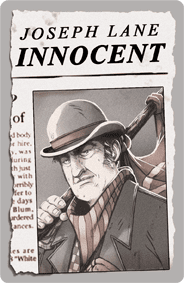 Write a review
$18.99
This extension for Mr. Jack London is a reedition of the 2009 one. It features a new set-up, new artworks with the original 5 characters aged 10 years - to fit to the 10th anniversary edition of the base game - but also an unpublished character (Moriarty) that totally change the dynamic of the game!
At the start of the game, the players choose who will play Jack and who will play the Detective. Mr. Jack London is exactly played with its 8 characters. With the expansion, a pool of 14 characters is available, but you still only play with 8 at a time: 4 mandatory basic plus 4 characters among the 10 left.
Base Game:
Mr. Jack London
Related Games:
Mr. Jack Pocket
Quantity
Find it at your favourite store now!
Product Details
Players: 2
Age: 9
Time: 30 min